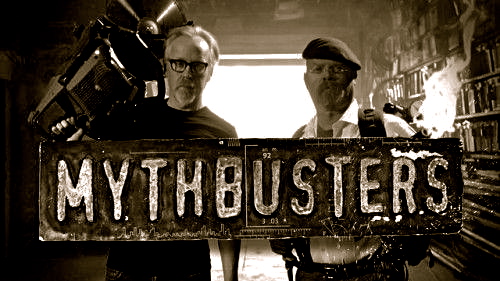 Exactly how hard is it to find a needle in a haystack ? And can a coin penetrate concrete if dropped from a tall building? Those are the kind of myths and urban legends that are put to  test in a humorous series by Adam Savage and Jamie Hyneman of Myth Busters fame. The show  sought  to find out through tests which myths are true and which are not. A couple of years ago, I read and  was inspired  an article written  by L Ray Smith in which he debunked the doctrine of the trinity. Up till then, I have always accepted the concept of the trinity without question because I was born again ( in 1987) into a church that believed in it. I just went with the flow & accepted it as 'christian' - besides, there were passages in scripture which seem to validate it and I was bought over by the analogy that a person could be one yet have separate roles such as being a son, a father and a husband at the same time. ...seems logical to me. However, Ray  managed to bring out the absurdity of the trinity idea and feeling the need to probe deeper, I began to do what  Adam & Jaimie of Myth Busters do - to put it to the test . This  is what all Believers are called to do anyway.  Prove all things; hold fast that which is good ( 1 Thessalonians 5:21).

Although lacking any Scriptural proofs,  denying the trinity  is nonetheless considered heresy of the highest magnitude  . But why is one labelled a heretic if he/she does not believe in the trinity ? Nowhere in  Scripture are we told to ' believe in the Trinity ' . It is not even inferred to remotely . On the contrary we have  VERY CLEAR statements to believe in Yeshua ( Jesus ) . Acts 16:30   : ...  Believe on the Sovereign Yahshua Messiah, and thou shalt be saved, and thy house.

Over and over again, you will find these same ridiculous opening statements from those who  justify the theory of the trinity : "While the word Trinity is not in the Bible, the substance of the doctrine is definitely biblical." If that be the case, anyone can say  that 'while the words " Yahshua married Mary Magdalene'" is not in the Scriptures, the substance of the doctrine is definitely biblical" and then proceed to give us "proof' from the Bible that Yahshua did indeed marry her  & fathered children, and make it an official church doctrine? This is a weak & dangerous form of 'study' called eisegesis ( Greek)

I have yet to find the phrase "God the Son" in the Scriptures, but that doesn't seem to bother people.
as according to trinitatians ' the substance of the doctrine is definitely biblical'

I have yet to find the phrase "God is a trinity" in the Scriptures, but that also doesn't seem to bother most people as according to trinitatians ' the substance of the doctrine is definitely biblical'

I have yet to find the phrase "Tri-une God in the Scriptures, but that also doesn't seem to bother anyone, theologians included as according to them ' the substance of the doctrine is definitely biblical'

I have yet to find the following verses in Scripture but that doesnt seem to bother anyone too : "God is three consubstantial persons, the Father, the Son and the Holy Spirit—one God in three Divine Persons". The three persons are distinct, yet are one "substance, essence or nature"

I am not making up these terms . These type of language are all derived from the official statement from the Roman Catholic church which made the trinity theory authoritative about 300 years after Yahshuah's death.

The truth of the matter is the trinity theory is one of the most destructive acts of Satan among all his other deceptions within the church . Christianity changed in a very profound and fundamental way with the acceptance of this false doctrine, but thanks be to Yahweh God that He is able to reveal this deception to His children

Here are my top reasons why the trinity theory is fake & unbiblical  :


.1It is a useless doctrine in that it is of no practical use for  Salvation, Evangelism and personal walk with Yahweh God in our daily lives. I can testify to that as it did nothing for me since I was born again in 1987 and if you're honest with yourself you will admit it too. Read HERE

2.All the verses that claim to validate the trinity doctrine have been misintepreted and taken out of context . Each of these verses are meticulously debunked HERE through rightly dividing the Word by Bible Unitarian .

3.  Numerous Scripture verses CLEARLY state that Yahweh God is One. What better proof will you need than from the words of Yahshua himself  when he CLEARLY proclaims that God is ONE ? Furthermore the Old Covenant makes NO  mention of a tri-une God . Read HERE

4.You are looking for a way to kill me, a man who has told you the truth that I heard from God. (John 8:40)....If Yahshua is  God, you do not have a savior Romans 5:19 says that a man ( 2nd Adam ) will have to undo the problem caused by the first man (Adam) . Since an eternal God cannot die and cannot be tempted, the temptation of Yeshua in the desert and in his life would be a farce.

Also it was prophesied that the Messiah was to come from the seed of King David. Since Yahweh God is eternal,  this cannot apply to Him as He was not descended from the House of David. According to Jewish law, tribal identification comes from the father's side." Yahoshua, according to the Gospel of Matthew, was of the seed of David, through his mother Miriam (Mary), whose father,
Joseph, was the seed of David; "And Jacob begat Joseph, the father [aner]
8 of Miriam [Mary], of whom was born Yahoshua,—who is called Messiah  (Mt. 1:16).

5. The third person . Where is the third god of the trinity in the form of a person called God the Holy Spirit? It is not found in Scripture.  And shouldnt Yeshua call the Spirit of God his father since he was conceived by it ?  Read HERE

6.The trinity 'doctrine'  is philosophy masked as theology ( just as evolution is conjecture masked as science ). Read HERE 7. Bad Bible translations. A large part of the Scriptures are not translated accurately from the original and were authored by scholars with pro-trinitarian views. Read HERE

8.  If the trinity  theory is true, Paul would have been irresponsible not to include it in his opening statements to several churches whom he wrote letters to . Our loving Yahweh God did not accidentaly select Paul to write a huge portion of the scripture. Paul was a teacher of the Mosaic law, blameless in keeping it and he knew it would be blasphemy to include this idea in his teaching . It NEVER once crossed his mind to preach it  because this theory is a pagan concept, alien to Judaism.

9.To believe that God is a Trinity would suggest that Yahweh God deceived the Old Covenant Jews by not revealing His “Triune” nature.Also, the Jews were waiting for a Messiah in the form of a man who would bring peace - they were not waiting for a God or a God within the "Godhead" to arrive .

10.The trinity doctrine bears all the hallmarks of satan's method of deception and his ability to deceive the whole christian world. Read HERE

11. The trinity lie is  consistent with satan's strategies used in other great deceptions such as evolution . Read HERE

12.. GOD is like an egg - three in one or like coffee or like water, ice and vapor. The analogies used to explain the trinity theory are so ridiculous & bizarre it borders on blasphemy really.. Read HERE

13. This teaching takes our faith further from our Jewish roots. Jewish layman and Rabbis ridicule of the trinity are a plenty. We present some of them HERE

14. It hinders others to be receptive to the Good News and salvation. Read HERE .

15.The Missing Links. There are numerous passages in Scripture which presented the author with a perfect  apportunity to validate the trinity theory by mentioning Jesus &  Holy Spirit as 'God' or equal to God but THEY DID NOT . Why? Read HERE

16.The doctrine of the trinity can only be understood by a schitzophrenic . Read the original doctrine HERE . 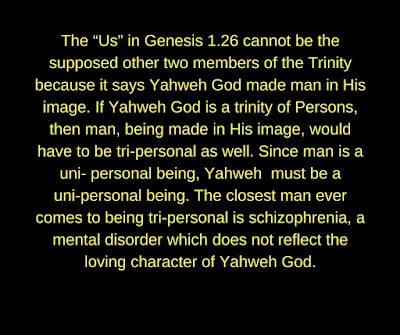 MAN WHO INSPIRED ME 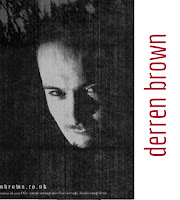 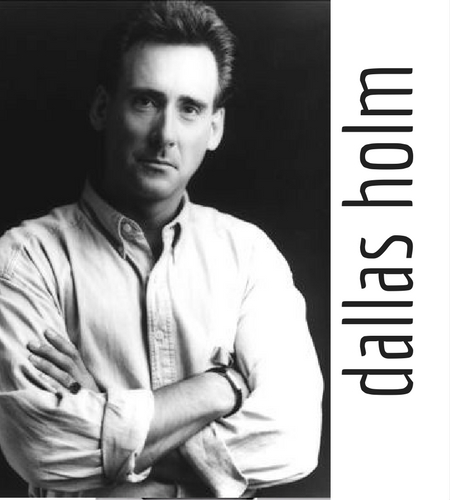 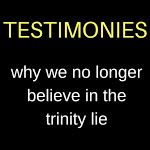 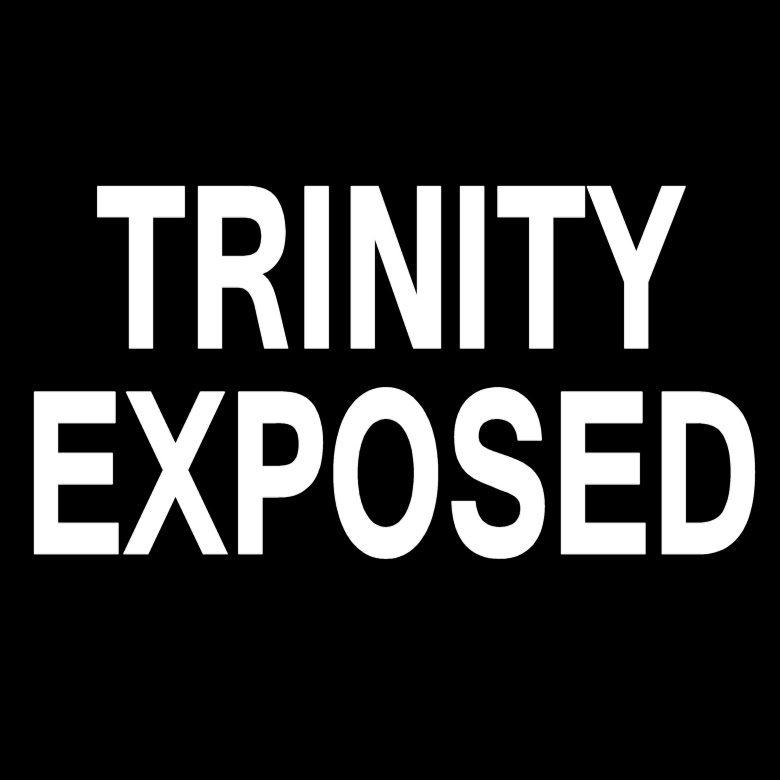 Type in your query